Vector, among my quest of trying lots of android games

I've been playing lots of android games! I want to find games that use the platform well, and stuff. I've noticed a few things that might go in a future blog post; most notably that puzzle games are the only genre that's consistently good, nothing has a story, and there are a LOT of games where you do one thing and it requires precision but restarting is extremely fluid. Like flappy bird. Anyway.

I'm playing Vector right now, which is a side-scrolling parkour game! I can tell just by playing it that it's pretty old, mostly because there are dialogs and stuff that don't follow modern android conventions. But, here's where my complaints go!

First thing I noticed was that when I started the app, it showed me a Holo-styled dialog fragment (for those not paying attention, that's like three android versions ago) asking me to download extra content. It doesn't explain - I think it's just that for some reason my tablet didn't download the extra content package that was supposed to come with it - but if you tap no, it exits the app unceremoniously. If you tap yes, it downloads a thing, and then starts the game. Gross. Moving on! The opening cutscene is super dramatic. Like, friendo, we've already seen the 1984 Apple ad a million times. We get it. You're not doing something amazing. Mirror's Edge didn't do a great job at this but they still did way better than you. My biggest complaints are all little things! Like, I bought the "full version with no ads" unlock. I had to wait until the game just offered it to me in a dialog box - I went looking for it early on, and couldn't find it in any menus anywhere. But... The game still has ads in it. Including pop-over ones. Did it do anything? I can't tell at all. There are still ads when I bought the adless unlock??? Who did this. Anyway, moving on. 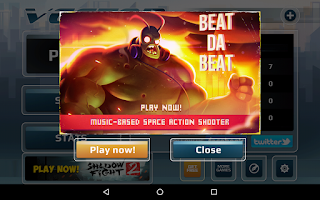 The menus are all pretty un-responsive - there's often no feedback to let me know that I successfully clicked a button. The only hint I have is because I turned on the setting where it shows touches in the developer options for my tablet. There are also a bunch of instances of buttons for navigation doubling over more natural swiping-based navigation... Which is doubly annoying because sometimes the buttons are the only things that work - instead of tapping on the big level preview, I have to tap the "play" button, which is weird, because the level preview matches how other stuff works. Biggest baffling thing? I put my tablet to sleep and it's still playing the music... What? Why is this happening? You're not a music app... 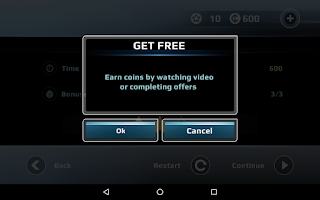 Oh right, speaking of basic android screw ups - when I clicked to buy the unlock, the screen rotated. Why didn't that dialog fragment show up on top of the existing activity? Why'd it rotate back? I guess it's 'cause I had my tablet set in fixed portrait mode, but still... It should have inherited the game's orientation mode... Also, when I use the power button to sleep my tablet on the menu screen, the game has required a force stop in order to keep running two of two times. We'll see if this has any better luck later.

Anyway, as for the game itself - the animation is delightful and fluid. It's one of those "auto-running, press and swipe at the right times to jump and dodge obstacles" kind of games. The problem is that there's very little feedback. I don't know if I've done the gesture at the right time until the animation has started already, which is frustrating! 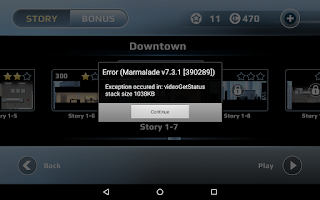 A big mechanism involved in progressing to further levels is requiring you to unlock tricks in order to progress. Tricks are used to get points in the game, but, notably, you can only do them at specified points when you run past an icon. Big issue: it's really unclear when I'm actually supposed to do the swipe to activate the trick. The time I instinctively press it - when my character starts overlapping the icon - works maybe 30% of the time. I'm having to artificially add in a delay, and there's no feedback about this. It's really unclear when I'm supposed to do it, and like, jeez, just explain how to play the game, okay? Stop making this all guesswork. This also goes for normal jumps and slides - half the time I end up doing an actual jump over an obstacle, instead of doing a fancy vault. Continuing in the vein of poor feedback, I never feel like I'm actually gaining much speed or time or anything when I do tricks! It ends up feeling like they're kind of moot, when what actually matters tends to be more of succeeding at the big things, like actually making a jump to a platform at all, and stuff.

The other big issue I have is that the levels... Don't have any arc to them. I guess this might be a high requirement in such a simple game, but they just lack rhythm. I can't really nail this down, but it means that they're not particularly satisfying, in the end, which means I'm probably not going to play very much of this game.

Sometimes I get the feeling that doing tricks or fancy vaults actually slows me down. Not a satisfying feeling in a parkour game. I'm calling it - bored of this game. Gonna uninstall and post this. 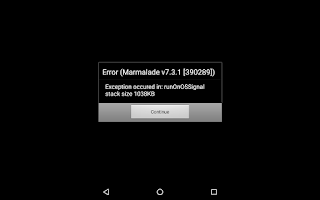 This game is buggy, kinda crap, and loaded with microtransactions. Not recommended.
Posted by Shoofle at 10:14 AM 3 comments: