I probably should have mentioned this when it first came out, but Humble Bundle 4 is out, and it looks to be the best yet!

The deal:
Name your price to get these games: 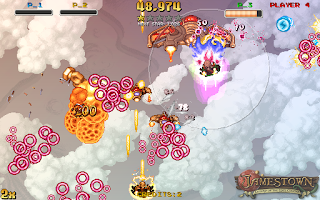 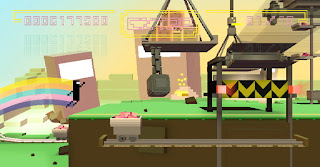 - Bit.Trip Runner (rhythm platforming at its finest, I've talked about another in the series, Bit.Trip Beat, here, and Runner has a similar feel) 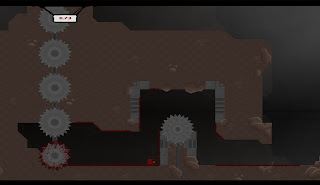 - Super Meat Boy (masochistic platforming at its finest, I've talked about it here) 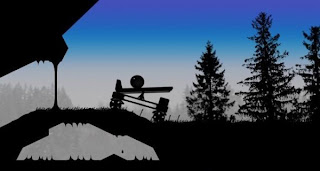 - NightSky HD (puzzles about a ball)

If you beat the average price ($5.27 at time of writing), then you also get these games: 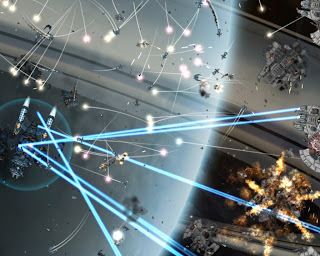 - Cave Story+ (awesome action platformer with some extras added for Steam, I've talked about it here) 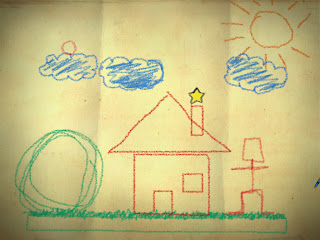 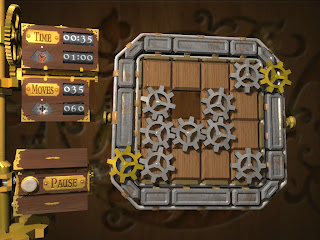 - Cogs (haven't had a chance to play this one yet)

- VVVVVV (super difficult platformer where you flip gravity instead of jump, I've talked about it here) 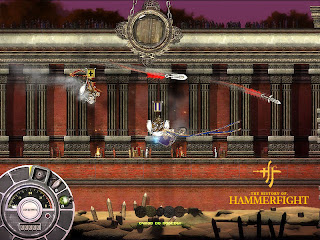 - Hammerfight (haven't played this one yet either) 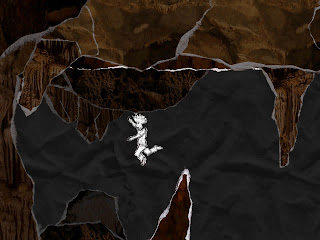 - And Yet It Moves (puzzle platformer, rotate the world to end up where you want to go, I've talked about it here)


That's 12 awesome games (and most of these really are pretty awesome, we've already talked about a good number of them here) that you can get for potentially less than $6 (don't be so stingy though, the retail value for all these games is $165 and the money you pay either goes to the developers or to charity). All of these games are available for Windows, Mac, and Linux, and you can even get these added to your Steam account. In addition to getting the games, you'll also get all of their soundtracks too, at no additional cost. And there's no DRM, so once you've bought it, you can install it anywhere you want. There is pretty much no reason to NOT get the humble bundle. So what are you waiting for? At time of writing, there's a bit less than 4 days left to take advantage of this amazing deal, so go go go! And here's the link again in case you missed it at the top: http://www.humblebundle.com/
Posted by zagman505 at 9:59 PM No comments:

I really meant to write a more even mix of reviews and things that are not reviews. Unfortunately, since most of my posts are started by the thought "Oh no! It's been ___ amount of time since I last posted something! I better post something now!", and since reviews are somewhat simpler to plan and write, reviews have been pretty much all I've done. But now, for something that is not a review! Today, I'm going to talk about genres, and the mixing thereof. 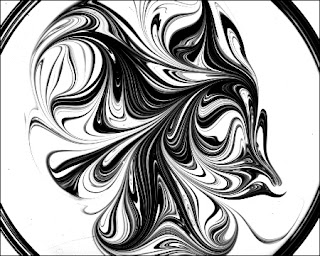 Before going any farther with the mixing of genres, you should probably at least skim the Wikipedia article about video game genres, found here. The list covers all the major genres and sub-genres, and the broader genres have their own page detailing variations. Already on here you're going to see plenty of genre mixing, and it's nigh impossible to sort out any 'pure' genres. So in case I need it, I'm going to go with defining any 'mixing' as a relatively recent (definitely within the last decade or so) mixing of two or more other genres. This means genres like 'shooter-platformers', Metroidvanias, and action adventures don't count as mixed genres for the purpose of this discussion, since those have existed for a really long time already.

So now that you're hopefully familiar with any genres I might name, let's get to it! The first thing to consider when mixing genres is why mix them at all? For the most part, it comes down to one thing: selling more copies. The video game market is very heavily populated, and in order to be noticed you either need really high quality or originality (of course, having both only makes things better). Games like Call of Duty 4: Modern Warfare (added RPG elements to the multiplayer) and Portal (first person shooter puzzler) probably would not be as good without the mechanics that they mixed, while games like Puzzle Quest (RPG with Bejeweled gameplay) and countless indie puzzle platformers simply wouldn't exist.
As an aspiring game dev, I've found that sometimes all you need for an interesting game concept is to pick a few genres that hadn't been mashed together yet and work out how they would mesh. It's also much easier to pick existing game mechanics and figure out how to mix them than it is to come up with entirely new game mechanics, plus there's a lot of room for variation. For example, consider Henry Hatsworth in the Puzzling Adventure and Blocks That Matter. Both of these are puzzle platformers, and use similar puzzle mechanics (Henry Hatsworth uses Tetris Attack, whereas Blocks That Matter uses just Tetris), but the games are quite different. As another example, consider Braid and The Misadventures of P.B. Winterbottom, both of which are platformers that use a time manipulation puzzle mechanic.

So what genres go well together? I think the one genre most suited for being mixed with others is the role playing game. Character progression can be added to virtually anything, and already has been added to many things. For example, most modern shooters now have character progression tied to the multiplayer suite. Puzzle Quest mixed RPG elements with Bejeweled gameplay, while Runespell: Overture did it with Poker. The entire Metroidvania genre is based around mixing platforming with character progression. Moving away from role playing elements, I personally really like puzzle platformers. Platformers are very versatile, and the puzzle genre captures a huge variety of gameplay mechanics, which means that puzzle platformers can be incredibly diverse and interesting. Moving other genres to first person perspective can also be done really well, as proven by the Metroid Prime trilogy. I wouldn't call cooperative play a genre by itself, but adding a co-op mode to other genres can often turn out well. As for other genres, they may work, I just don't have enough experience to say for certain.
However, not every attempt at mixing genres is going to turn out that great. Some mechanics just don't work that well together. For example, slow paced mechanics like stealth don't tend to go with fast paced mechanics, like automatic machine guns. You could see the result of this in Splinter Cell Conviction, where the stealth focused sections were immensely superior to sections where the stealth mechanics were forced to mix with more shooter focused level segments. Problems also occur if you make things too complex, and end up trying to mix together too many things. For example, this is very definitely a problem in Knights in the Nightmare. In Knights in the Nightmare, gameplay is similar to turn based strategy, at least on the surface. You place soldiers, and have a certain number of turns in a battle to defeat all enemies. However, each turn takes place in real time, and your soldiers are immobile but have various attack radii, shifting the game closer to tower defense. You control the battle as the Wisp, and must direct the battle while avoiding enemy attacks. These attacks can only hit you, and their patterns are very definitely reminiscent of bullet hells. There are also role playing elements, and a few other miscellaneous mechanics, like a light/dark mechanic (some weapons and characters do better in the light phase and vice versa, the effectiveness of any phase diminishes the longer it's been in effect, and the Wisp can switch phases at any point), and a durability mechanic (characters have limited vitality, with which they use attacks, when vitality reaches 0 the character is gone for good, while weapons have standard durability). The gameplay is incredibly complex, and it gets to be a bit too much to handle. Complex gameplay certainly has its pros, but I believe that the best games are easy to learn and difficult to master, which clearly isn't happening here.

That's about all I really have to say for mixing genres. I personally think that mixing genres is a great thing for video games, I'm sure there are a lot of unique and interesting combinations that haven't been done yet. But as the previous paragraph has hopefully made clear, this doesn't mean that genres should be mixed haphazardly. When the proper care is taken, amazing things can happen, but there is always the possibility for things to go horribly wrong. That should probably be a lesson for life in general.
Posted by zagman505 at 12:06 AM No comments: