Thoughts on Google's "A Google A Day"

Time for something different! Today I discovered "A Google A Day" (link currently not working properly), where Google posts a strange trivia question and challenges you to use your Google skills to find the answer. To make it so that you don't get spoilers for your question, the Google engine used for these trivia questions is based on the state of the internet the day before the question comes up (unfortunately spoilers for old questions can and will get through), which I think is a brilliant solution to the problem. I had a ton of fun going through the two months worth of questions currently available, but throughout the experience I had one persistent thought.

Email ThisBlogThis!Share to TwitterShare to FacebookShare to Pinterest
Labels: a google a day, random thoughts

Alright. Time for a RETRO review! I am extremely excited for Deus Ex: Human Revolution (coming out in August), so while I wait for that to come out, I've been playing its predecessor, Deus Ex, which came out for the PC back in 2000. Deus Ex is a game that I've seen pop up on Top 10 lists of awesome games for a while (notably there are many people that would place Deus Ex as the best game of all time), but never got around to playing until now. And to put it really briefly, I have to say that it deserves the praise. Without further ado, here we go! 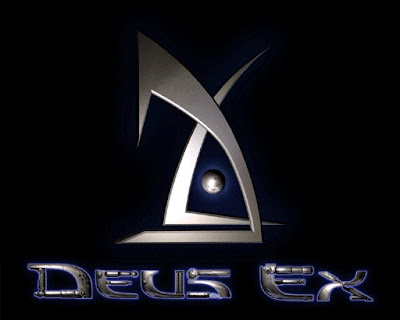 Plants, Zombies, and Ropes, Oh my!

Hello! I'm quixoticdreamer (Maggie), the newest and gender-diversifying member of the Silver Asterism crew! :-D So, without further ado, let's jump into a quick review!

Since I spent the weekend playing on my mom's iPad, I was inspired to write about two games that I obsessed over: Plants vs. Zombies and Cut the Rope. And to introduce my experimental smiley-face rating system (that will last as long as I'm not bored with it), here we go!

Read more »
Posted by quixoticdreamer at 10:19 PM No comments:

Email ThisBlogThis!Share to TwitterShare to FacebookShare to Pinterest
Labels: cut the rope, plants vs zombies, review

A brief word about my titles, at least with regards to game reviews. QUICK, a la my Portal 2 review, means I'm not putting as much time into writing the review. Mostly just spouting off a few thoughts as they come to me. Most likely means it's a game that doesn't have much for me to criticize in the first place. INCOMPLETE, as this one is titled, doesn't mean the review itself is incomplete, but is based off an incomplete experience of the game, where I'm limiting the definition of a complete experience to finishing the single player campaign. And RETRO, which I haven't used yet but plan to very soon, is for a game released before this current console generation (so games released around or before 2005). I'll come up with other important title words as I need them. Just note that they're not exclusive, so I can have a QUICK INCOMPLETE RETRO REVIEW if I want.

Anyway. Onto the review. First, as usual, the long version:

Hi again! We're back for another episode of Everybody Loves Sho- wait, you mean I haven't been posting? Oops. I guess I forgot. My sincerest apologies.

I'm sitting at home, and am not yet working. I'm also taking care of a friend's PS3. And the collection of games that come with it. So I pick up one that I thought looked interesting while he was playing it.

I probably should have written this earlier, instead of waiting for more than a month after finishing the game. In any case, this one will be shorter, I don't have that much to say.

*Insert usual babble about not posting*

I probably should have posted a co-op review for Splinter Cell Conviction a long time ago. In any case, I finally finished the single player campaign, so here are my thoughts. 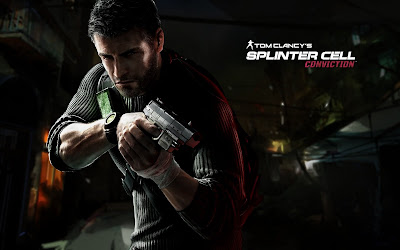