I'm Going To Stop Revising This Post So That I Can Post It (Sorry If It's Scatterbrained, I Welcome Criticism)

I should be working on a thing for a potential employer so that I can get a job, but I'm not. Instead, I feel like talking about thematic consistency and enemy types. I've been playing Red Faction: Armageddon and I love the weapons and destruction in it but damn, if it isn't a terrible game in just about every other way.

Let's list off some enemy type tropes you can encounter in a video game, shall we?

That's a lot of cool ideas! So when you're making a game, you should try to use a lot of those to make sure you've got variety, right? 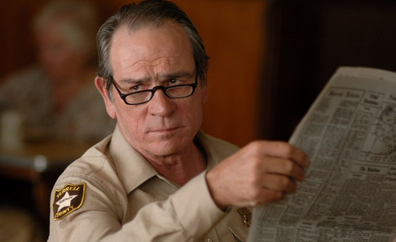 If that sounded good, you need to take a deep breath and think about why you're making decisions. Why should the players fight juggernauts instead of snipers? Why put in a horde of swarmers? And should your decisions be influenced purely by an abstract desire for variety?

In Portal, there's only one kind of enemy - turrets! There are other obstacles as well, but all obstacles are  chosen because they're needed for whatever the puzzle in question is. In other words, you never see a situation where, purely to increase difficulty without changing the approach required, four turrets are used instead of three. Rather, four turrets are used because it makes it impossible to approach from the rear, requiring a different strategy.

This quality - that obstacles are chosen based on the puzzle the designer is constructing, rather than simply how much effort it should take - is, in my opinion, desirable. It translates to non-puzzle games quite well, also:
Of course, the exception is when the experience you're trying to build purely flows from the difficulty the player is overcoming.

In Red Faction: Armageddon, the variety of opponents feels totally forced. Enemies come in a wide variety of species (I think?) and as far as I can tell, the only reason for this is that they needed more difficult enemies so that battles could be longer without being boring as hell - which brings to our attention the fact that the battles aren't very fun to begin with.

It's really bothersome because I honestly have no clue what these aliens are supposed to be. Are they a covenant of different Martian races? If so, why are they working together (especially when they seem to be non-sentient)? Are they mutated humans? If so, why do they come in so many forms? Why do living beings have laser cannons and plasma bombs? Ultimately, the answer to all of these questions is the same as the answer to the question of why they've got Snipers, Juggernauts, Turrets, Small fry, and the rest:
When the variety of the enemies you fight is the only thing keeping your combat from being boring, you're doing things very wrong unless that's a pretty major part of your game. Ultimately, Red Faction: Armageddon fails because even the variety of enemies doesn't make for interesting combat.

Variety should be a secondary concern. It should flow from the other decisions you make.


I've included my thoughts on enemy variety in some games:
Posted by Shoofle at 2:31 AM No comments: