So after I fell in love with Journey, a few friends pointed me towards the Unfinished Swan. It's a game of exploration developed by Giant Sparrow games, and is only available on PS3. The $15 price point seems a little steep, but it was a delightful experience that I don't regret purchasing. This review will be a little light, as it's a short game and I don't want to ruin the aspect of discovery for those who have yet to give it a try.

You play as Monroe, whose mother was a painter, though she wasn't very good at finishing things. When she died, the orphanage allowed Monroe to keep one of her hundreds of unfinished paintings. He chose her favorite - the unfinished swan. One night he wakes up to find that the swan is gone! He grabs his mother's silver paintbrush and enters a door that hadn't been there before.

The game starts you in a completely white area and leaves you to figure out how to play. The main mechanic is being able to throw balls of paint around, which splatter on the walls and reveal the environment around you. I felt a delightful sense of childlike wonder as I explored this first area, a silly grin on my face. The music sneaks in, revealing itself as the world around you does. The score is perfectly whimsical and the intermittent narration adds to the storybook feel of the game. 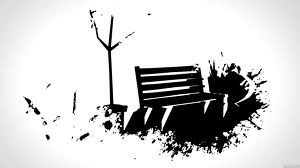 Even though the initial area felt like it could be the entirety of the game, the mechanic evolves a few times, keeping gameplay fresh. I was only at a loss for what to do a couple times and never felt that anything was beyond my abilities. It seems like a game that would be great for playing with kids, though the nighttime levels got a little scary for me. 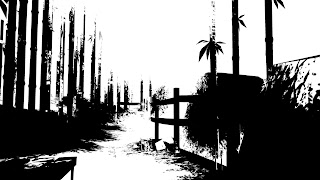 All in all, it was a delightful experience that I've enjoyed sharing with others. After finishing the game, you can use the balloons you've collected to purchase toys and even an initial test level. I may go back to some levels and try to get more of the balloons, especially now that I've gotten the balloon radar.
Posted by quixoticdreamer at 2:05 PM No comments:

Email ThisBlogThis!Share to TwitterShare to FacebookShare to Pinterest
Labels: review, the unfinished swan

Thoughts on E3: We Are the Revolution

This started as a pretty standard review of what I saw while watching the E3 press conferences this year. I started typing in on tumblr and my thoughts just kinda poured out. Props to shoofle on the subtitle of this post. So here is and expanded version of my reaction to E3:

Microsoft shot themselves in the foot. And probably several more vital parts of the anatomy, but they have enough fanboys and people not plugged in enough to be worried about the used game stuff, internet connection, and potential spying that they’ll stay afloat. None of the new IP really managed to grab my interest, largely because there was little explanation of any of it. (How is Quantum Break also going to be a TV show or something?) And I just can't get over the Kinect being constantly on.

Sony laid a great smackdown on them, and their presenters were much more personal overall. Again, they drew me in with the IP more than MS ever has. I'm excited for Kingdom Hearts 3 and can't wait for Last of Us to hit finally and a host of indie titles (yay!). And with debuting their console $100 lower, it seems to me that Sony won this round. Mostly because they debuted a game console and told us all about how it lets us play games.

Nintendo came out with the game announcements they should have launched with last year. I’m still optimistic for the Wii U, as it’s an interesting controller setup that I want to see game devs play with more. But Nintendo botched the launch in many ways and this isn’t quite enough to put them on the map again. Diehard fans are ecstatic at the announcement of new games for Mario, Zelda, Pokemon and SSB, as well as an HD re-release of Wind Waker. Sure, it's safe. But the buzz around this low-key release proves that Nintendo sticks with what it knows because they do it so very well.

Overall, I was still underwhelmed. (Keep in mind I caught MS’s, most of EA’s, and the latter half of Sony’s. Missed Nintendo’s but read a quick recap.) I couldn't shake the feeling that I’m not the target audience. This is not a new feeling for me, by a long shot, but I guess I’m finally fed up with it. So many games were announced with grizzled white guys as the PC. The two notable exceptions were Mirror's Edge 2 and Bayonetta 2, both sequels. So many games (I’m looking at you, MS) were unimaginative FPS’s. Even the few that dared a spark of imagination still felt like a shiny new skin slapped on a CoD clone. Few of the performers and demo players were women, and one who was became the subject of an uncomfortable (though likely unintended) rape joke (which has been apologized for, but still).

It hit me yesterday that AAA titles, by and large, are not going to deliver the experience I want to have. They aren’t going to tell the meaningful stories with choices that have real impact, take a chance on female, PoC, and/or LGBTQ heroes, or provide new and refreshing gameplay. (Yes, you get the occasional standout, and feel free to point me to them.) This is not a new revelation, per se, merely the hardest it’s hit me. I’ve just come off of TAing a semester of Game Design, one of my fav classes from undergrad.

I can expect more from this industry.

The games I want to play are going to come from the indie community.

The games I want to play are going to be built by me.
Posted by quixoticdreamer at 9:33 PM No comments: